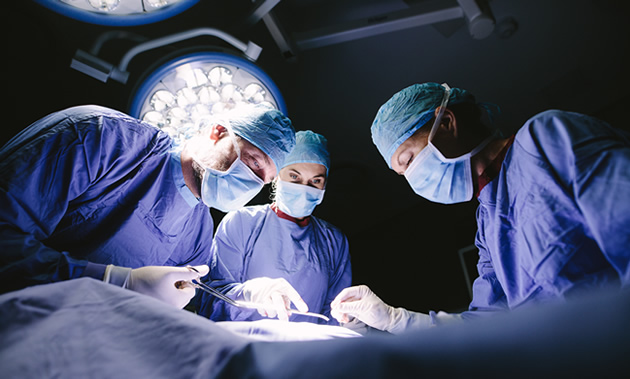 Does surgery improve pregnancy odds for women with colorectal endometriosis?

Secondary analysis of results from a French trial investigating the effects of surgical management of colorectal endometriosis found that the intervention effectively improved postoperative fertility rates, including the ability to conceive naturally. The study is one of the first to evaluate the impact of first-line surgery on pregnancy rates in this population.

First-line assisted reproductive technology (ART) is the recommended strategy for improving pregnancy rates in women with endometriosis, but is a subject of controversy in the gynecological community due to a lack of high-quality data comparing it to surgical management. In addition, the European Society of Human Reproduction and Embryology (ESHRE) reported in 2014 that there was no evidence that surgical management of deep endometriosis would improve pregnancy rates prior to ART.

The study population consisted of 55 women from the ENDORE (FunctionalOutcomes of Surgical Management of Deep Endometriosis Infiltrating the Rectum) randomized trial conducted between March 2011 and August 2013 who wished to conceive. ENDORE was an unblinded, parallel-arms, controlled trial designed to determine if conservative rectal surgery was superior to segmental resection in women with colorectal endometriosis.

All of the women had deep endometriosis reaching into the rectum up to 15 cm from the anus with lesions measuring more than 20 mm in length. The endometrial lesions at minimum involved the muscular layer in depth and up to half of the rectal circumference. Twenty-five subjects underwent a conservative surgical procedure (shaving or disc excision) and 30 had radical rectal surgery (segmental resection). The surgeries were all performed by the same gynecologist. Subjects were followed for 50 to 79 months.

Of 36 patients who wanted to become pregnant after surgery, 23 (63%) had tried unsuccessfully prior to surgery for more than a year (the infertile group). After surgery, 29 patients became pregnant (81%), and some had more than one pregnancy, for a total of 37 pregnancies. Odds of postoperative conception improved over time (see Table).

Probability of Pregnancy After Surgery

Overall, 17 women became pregnant naturally and 12 used ART (in vitro fertilization, intrauterine insemination, or oocyte donation). Looking specifically at the 23 infertile women, three-quarters (17) were able to conceive, and half of the pregnancies occurred naturally.

In total, 24 of the 37 pregnancies occurred as a result of natural conception, and subjects who were advised by their physicians to try to conceive naturally got pregnant significantly earlier than subjects who were referred for ART (P=0.008).

Conclusions tempered by lack of data

Although the study had a small sample size, was subject to possible ascertainment bias and preoperative and postoperative fertility assessments were not performed for all women, the trial was prospective with long-term follow up. It showed that fertility and the ability to conceive naturally can be restored by first-line surgery in women who are infertile due to colorectal endometriosis, perhaps in part due to the ability of women with endometriosis-related severe dyspareunia to engage in regular sexual intercourse postoperatively.

The authors stopped short of recommending that surgery for infertility be recommended over ART until more studies are performed. They suggested that in the interim "Physicians should ultimately offer patients a balanced perspective of the potential benefits and potential harms of alternative options."